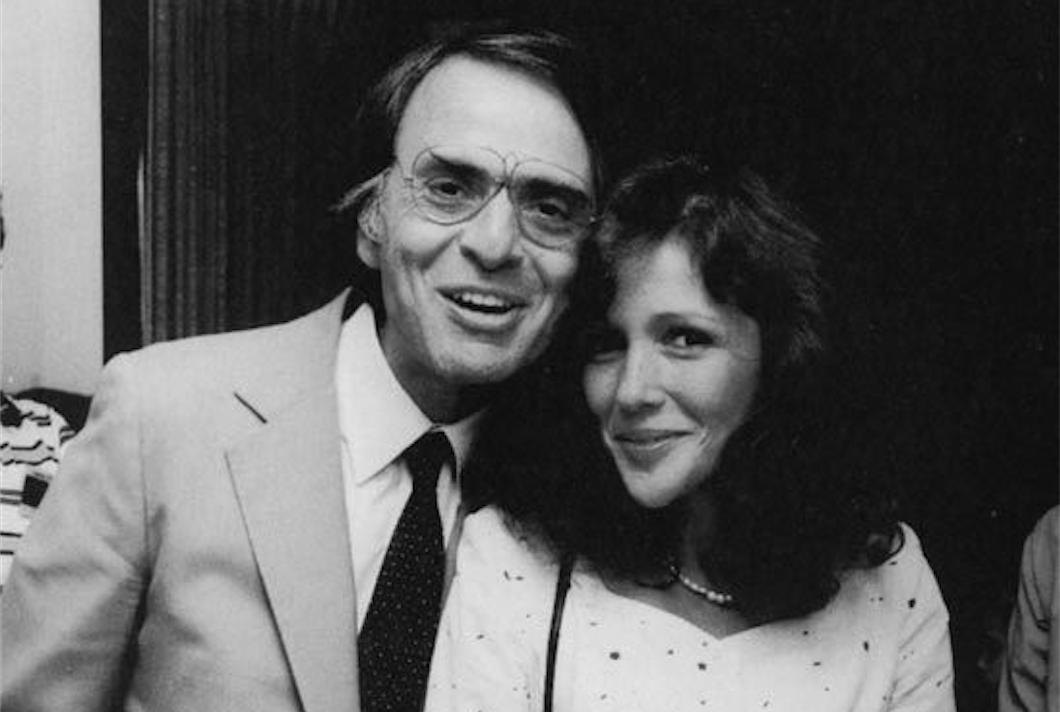 Many credit Carl Sagan's unique vision of space exploration as the source behind the award-winning 1980 television series "Cosmos: A Personal Voyage," but the producer of Nat Geo's "Cosmos: Possible Worlds," says Sagan's widow, Ann Druyan is the brains behind both shows. CineMovie sat down with "Cosmos" creator, writer, director, and executive producer Druyan and her producing partner Brannon Braga to talk about the show's second season and Sagan's legacy.

"Cosmos: Possible Worlds" is now airing in its third season (airs Mondays 9/8c) with Neil deGrasse Tyson as the host and executive science editor. While Sagan co-wrote and hosted the original, Druyan, an Emmy and Peabody Award-winning science writer, producer, and director, was one of the key minds behind the show. Druyan like Sagan is science-minded and has endless ideas about exploration. She was also a Creative Director of NASA's Voyager Interstellar Message Project.

So who does the team look to for endless possibilities in space travel and new universes? When CineMovie asked Druyan if there is anyone today who is the equivalent of Carl Sagan, her answer was interesting, as was Braga's response.

CM: Do we have somebody today like a Carl Sagan who's a wealth of knowledge, theories and possibilities. Is there someone who is equivalent to him?

Ann: Carl was such an unusual combination of stature as a human being and a genius really. He was a scholar, I mean the knowledge and he was also very courageous. And I don't mean to in any way diminish this splendid scientists communicators, people of the Earth. But if there is such a person, I have not yet met them.

CM: So what are your resources then? In the original, you had his vision.

Brannon: Remember, Ann wrote the original. So she's my inspiration. I think she's the voice of Cosmos. I didn't know Carl, but I do know what kind of writer she is and what her voice is. I would put Ann as a candidate. If you're talking about a scientist, proper scientist - I don't know that answer.

CM: But what about his imagination?

Ann: His imagination but his sense of citizenship. His sense of responsibility, but also his sense of the joy of life. For someone to be as creative, productive scientist as Carl and also to be as developed, a human being who loved being happy, who loved happiness, who wanted... I don't mean to TMI here, but he really looked at love as way to never stop going higher, which is what science does. It's never satisfied. It's never complete. Never will be completed. Always subject to revision. It's always a permanent revolution. And you know what I cherished among the many infinite things that I cherish about Carl is that as a human being, he was as astonishing as he was a scientist and a poet.